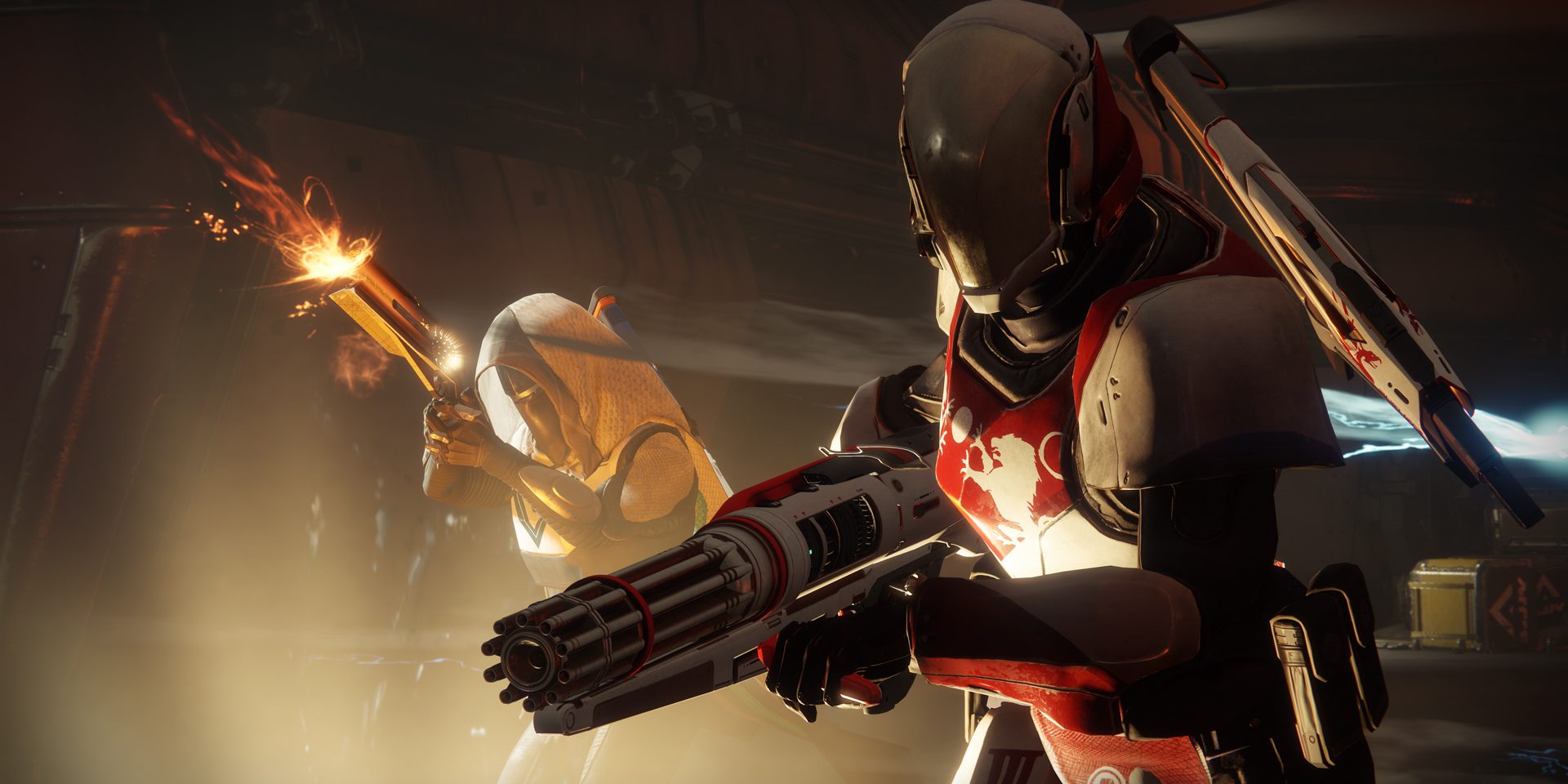 Bungie unveiled gameplay in Destiny 2 for the first time in a live stream event yesterday, including the debut of a brand-new gameplay trailer. The upcoming reason-to-stay-home-from-school-or-work shooter sequel will be coming to a PlayStation 4 and Xbox One near you on September 8. (A PC retail release is also in the cards, but may not coincide with consoles.)

The live broadcast showed off such nifty features as the new ‘Guided Games’ feature. It helps solo players pair up with larger groups for strikes, raids, and competitive multiplayer modes without having to commit to a clan or use a third-party pairing service. ‘Guided Games’ will allow players who normally enjoy going it alone (like myself) to earn in-game rewards such as weapons and armor that can best be found in group activities.

Hold them off? Sure, no problem.

Said Bungie CEO Pete Parsons: “We have an amazing community of players who have been with us on this journey, but with the sequel, the team is paying close attention to welcoming new and returning Guardians to the universe with something for every type of gamer, including gameplay for solo, cooperative, and competitive players with new places to explore and adventures to conquer.”

Destiny 2 continues the storyline of its 2014 first-person shooter predecessor. This time, your Guardian must help humanity reclaim the last safe city on Earth from the powerful Red Legion. Oh, there’s also the minor detail that you’ve lost all your powers from the first game and must acquire new ones.

PC fans will also be happy to hear that the platform won’t be ignored at retail, and that Destiny 2 will even be available digitally through Battle.net, Blizzard’s online gaming service – the first non-Blizzard game to have that honor.

To prepare yourself mentally, check out the new gameplay trailer below: