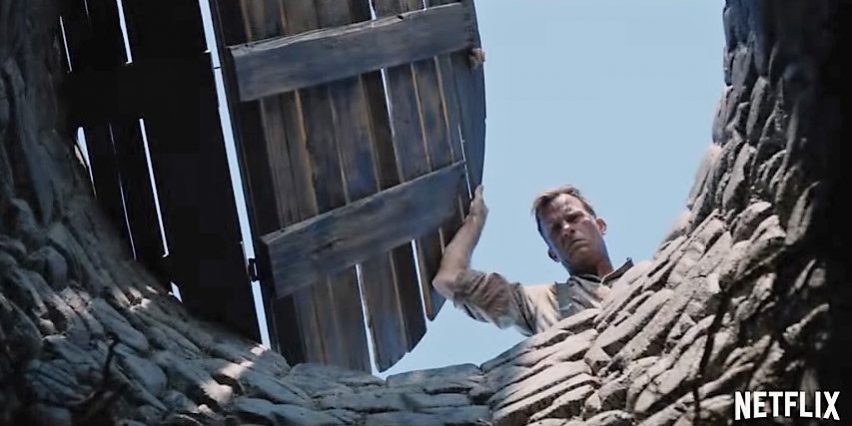 1922, a Netflix Original, premiered on October 20, exclusively on the streaming service.

Written and directed by Zak Hilditch, 1922 is an adaption of the novella by Stephen King’s story of a man’s confession of his wife’s murder. Wilfred (Thomas Jane) portrays a Nebraska farmer who lives on the farm that his wife, Arelette (Molly Parker), inherited. Arelette isn’t thrilled about their uneventful life so she wants to sell the farm and move into the city. Wilfred claims “cities are for fools,” but Arelette says she’ll go regardless, and takes their son, Henry (Dylan Schmid), with her.

“We sell the 100 acres and the farm to the Farrington combine. They’d buy it all just to get that close to the railway line. And then…we split the money. Divorce. We both know that’s what you want,” says Arelette.

Not happy with his wife’s decision, that’s when Wilfred plots to murder his depressed spouse. He even goes as far as convincing his son, Henry, that it’s the right thing to do. Henry knows that if he goes with his mom that he won’t get to be with his girlfriend, Shannon (Kaitlyn Bernard), and won’t have the opportunity to be a successful farmer.

When it comes to killing Arlette, Henry asks his father if he can smother her with a pillow. “It would be too slow. Too painful. She’d struggle,” explains Wilfred. Henry throws a bag over his mom’s head and whispers goodbye as Wilfred slits her throat. Arelette’s death is pretty gruesome. Henry falls back watching blood squirt all over the bed.

But after Wilfred buries her body, he’s terrorized by rats, and he becomes convinced his wife is haunting him. Wilfred tries to cope with the psychological pain, but the rats become too much. Like most serial killers, Wilfred becomes isolated and a dysfunctional loner.

If you’re into fast-paced, edge-of-your-seat horror movies, you’ll be disappointed in 1922, a slow-burning movie that takes a while for high-sensation thrills. It’s not too scary, but there were some chilling scenes. Thomas Jane’s performance also makes it a movie worth watching. 1922 is now available to watch on Netflix.

‘1922’ Netflix Original Review
It’s not too scary, but there were some chilling scenes.
If you’re into fast paced edge of your seat horror movies, you’ll be disappointed in 1922, a slow burning movie that takes a while for high-sensation thrills.
(Visited 769 times, 1 visits today)
Share this post
Share with FacebookShare with TwitterShare with PinterestShare with Google+Share with LinkedIn