Get Ready For A Stop-Motion ‘SpongeBob’ Halloween Special 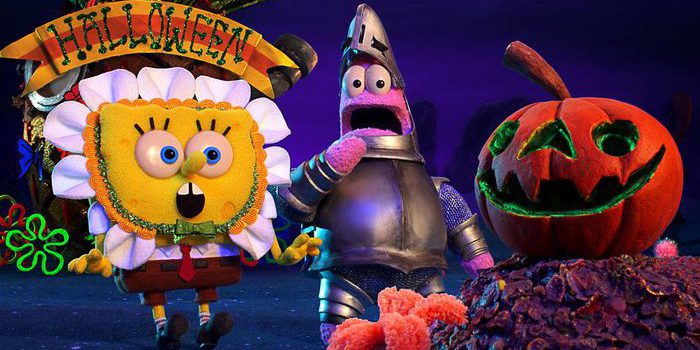 Did you know SpongeBob SquarePants is still making new episodes? Yes, the show which began in 1999 is still kicking. Everybody’s favorite talking sponge is still going strong, and apparently there is still room for innovation within the SpongeBob world. There will be a new SpongeBob stop-motion animation special this Halloween.

That’s right, not only will SpongeBob be celebrating Halloween, he, and also Patrick and the rest of the gang, will be doing it in stop motion. The special, which will naturally air in October, is called SpongeBob SquarePants: The Legend of Boo-kini Bottom. In the special, SpongeBob and the gang will be squaring off with the mysterious, and presumably spooky, Flying Dutchman, voiced by Brian Doyle-Murray.

This is not SpongeBob‘s first stop-motion adventure. There was previously a Christmas special, fittingly called It’s a SpongeBob Christmas, but that aired way back in 2012. It’s been a while since there’s been a stop-motion SpongeBob special, and this is the first one celebrating Halloween.

Even people who haven’t watched SpongeBob in a while may want to check in to watch The Legend of Boo-kini Bottom. How often do you get to see a sponge dressed as a flower in stop-motion animation? Plus, eventually, they are probably going to stop making SpongeBob stuff. Unless SpongeBob turns out to be like The Simpsons and just lives forever.