‘Phineas And Ferb’, Summer, And Relating To A 15-Year-Old Girl (Who Is Animated) As A 30-Year-Old Man 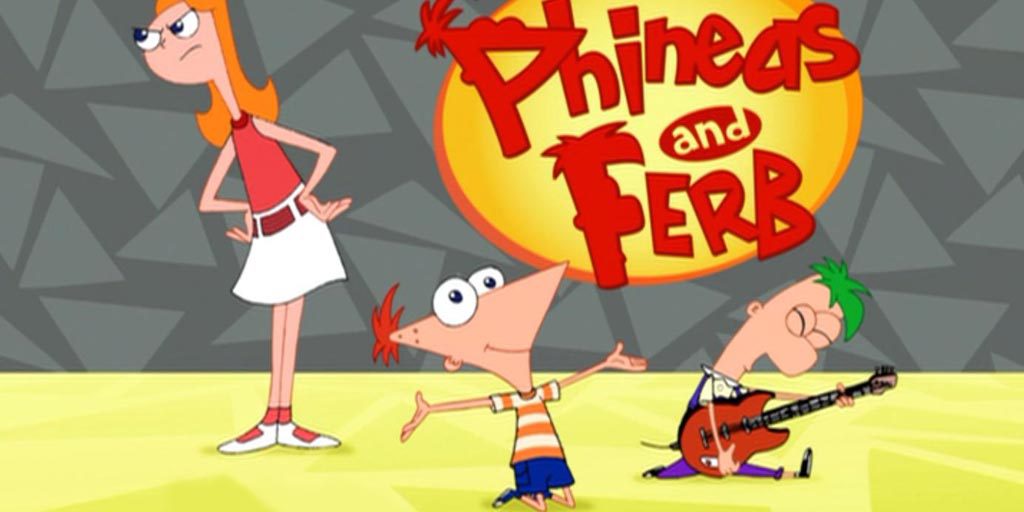 It all began, as it always does, with Columbo being taken off Netflix. When I had time to kill, and needed something to watch, I was watching Columbo, if I had the time. I was in need of a new half-hour show, though, and when Columbo got removed I just simply required something to watch on Netflix. I noticed that the entire run of Phineas and Ferb, a Disney show that aired from 2007-2015. I had heard good things, that it was a cartoon for kids that adults could enjoy, and I like animation by and large. My two favorite shows are The Simpsons and Futurama. I wasn’t necessarily expecting to watch the entire run of the show. Something else would pop up, I imagined. I’d watch a handful of episodes, it would be a fun enough show, and that would be it. It certainly wouldn’t be the kind of show I’d feel compelled to write about online to sing its praises. Yet here we are.

There are a few reasons I’m writing about Phineas and Ferb today. One, June 12 is the second anniversary of the series finale. Two, it’s summer, and Phineas and Ferb is arguably the ultimate summer show. Three, it’s a really good show that I’ve grown quite fond of, and it ended up being weirdly impactful to me. That certainly took me by surprise. It is, after all, a candy-colored cartoon that is seemingly on the shallow side of things.

If you aren’t familiar with the show, here’s the basic premise. Phineas and Ferb are half-brothers, the latter is British, and they live in a city called Danville. They are on their summer vacation, and they are determined to make the most of it. This usually comes into the guise of the brothers and their friends building some insane contraption, like a physics-defying roller coaster or a time machine, which they use to have fun. Their older sister Candace would see what her brothers were doing, and would be determined to “bust” them by telling their mom Linda. She always fails, though, and the brothers do it all over again the next day. Meanwhile, the Flynn-Fletcher family’s pet platypus, Perry, is also a secret agent known as Agent P. His nemesis is a mad scientist named Dr. Heinz Doofenshmirtz. Doofenshmirtz, whose name does not lend itself to being written repeatedly, builds “Inators” to try and take over the Tri-State Area, and Perry foils him.

All of these things happen in basically every episode, and that’s just some of the repeated motifs. Phineas and Ferb’s neighbor Isabella often asks “Whatcha doin?” in a sing-song fashion. Somebody asks “Where’s Perry?” The phrase “I know what we’re going to do today” is uttered. It’s a tad formulaic, yes. In fact, at first this felt like a drawback. I thought the show was perfectly fine, and fairly funny, but it didn’t really feel “bingeworthy” because of the formula. It was good enough to keep me watching, though. I loved the character of Doofenshmirtz, and particularly the voice work of Dan Povenmire, who also co-created the show with Jeff “Swampy” Marsh. At times, I kind of wished the show was just about Doof and Agent P and their battles. As I kept watching, though, my feelings began to change.

It helped that pretty early on Phineas and Ferb started playing with that formula, and even getting meta with it. Having established a routine, the show quickly took to poking fun at its routine, and commentating on the nature of television. Sometimes they break the fourth wall in a way that goes a bit too far for me, but I appreciate that this “kids” show was willing to go there. I put “kids” in quotes at this point because, to hear Marsh tell it, the show wasn’t for kids, but it didn’t exclude them from the audience. Basically, it’s a family-friendly cartoon, but anybody who has an affinity for light, fluffy shows can enjoy it. It turns out, I’m one of those people.

I went from passively watching Phineas and Ferb to actively binging it. I put off starting other shows on Netflix until I finished watching the entire run of Phineas and Ferb. It’s a smart show that doesn’t talk down to its audience just because it knows many of them will be young. It doesn’t try and impart lessons or coddle its audience. All it is trying to do is make a crazy, fun cartoon, and it succeeds. Episode after episode, Phineas and Ferb came out with insane inventions of both the good and evil variety, the former for the kids and the latter for Doofenshmirtz. And yet, it never felt phoned in. Sure, the fact literally anything could happen in the show, the laws of science and logic did not apply, helped. However, when you can do anything, and you have no constraints, it can be daunting. Perhaps Povenmire, Marsh, and company felt that daunting feeling, but it doesn’t show.

In truth, I never came to really get into the titular characters. They’re fine, but they aren’t terribly funny. Buford, the quasi-bully, gets more laugh lines, although to be fair Ferb basically never talks. Phineas and Ferb exist primarily, at least in my mind, to generate plot, but the plots tend to be fun. On the other hand, as previously mentioned, Doof and Agent P, and eventually Doof’s robot assistant Norm, generate a ton of laughs. It’s amazing that the 11-minute episodes never feel overstuffed with multiple storylines going on. It works, though.

As time went on, Phineas and Ferb started to play with the form more and more. They did riffs on Miami Vice, classic ’90s sitcoms, and much more. If you needed proof that this show wasn’t just for kids, jokes about The Ring and zombie films show that adults were kept in mind. Also, as is basically a prerequisite for a kids show, there are some double entendre type stuff for the adult audience. I certainly was able to appreciate many jokes that assuredly would go over the heads of children. In particular, “Ferb TV,” an episode that is built around the premise that the channel is being changed to different things on television, was basically made for me. It’s truly brilliant.

Despite taking place over the summer, the show also managed to squeeze in a few Halloween episodes, and a couple of Christmas specials. There were several special episodes, especially in the final season, when they did a Marvel crossover and a Star Wars crossover. There was also a TV movie, Phineas and Ferb the Movie: Across the 2nd Dimension, which is immensely enjoyable.

The more I watched it, Phineas and Ferb became almost calming to me. It became comforting to watch it. Part of that is because it’s a funny show, and watching something that makes you laugh is always uplifting. However, Phineas and Ferb is a very positive show, so I always knew I wouldn’t have to deal with anything dark. Plus, in this way, the pseudo-formula actually helped. I had a vague sense of what I’d be getting, and when I needed to unwind, that was perfect. I started watching the show before I went to bed, because I knew it would help put me to sleep in a good headspace.

Then, there’s Candace. Heretofore, I’ve only briefly mentioned her as the older sister of Phineas and Ferb. She’s so much more, though. Doofenshmirtz is my favorite character, because he’s good for a few laugh-out-loud lines in every episode, but Candace is a close second. She’s also arguably the character I’ve related to the most in any TV show. I first realized how relatable she was when she was singing a song to her mom for Mother’s Day where she mentioned how high strung she is, which is exceedingly true. Candace is one of the most high strung and neurotic characters I can recall. She’s like George Costanza if he was a 15-year-old girl and not an awful person. Candace is seemingly always on edge and worried about something, whether it’s busting her brothers or maneuvering her relationship with her crush Jeremy. In a nice twist from your traditional TV show, Candace actually manages to land Jeremy, and her neuroses never tear them apart. Her particular brand of soft, likeable neuroses made her a sympathetic character, and one I found quite relatable. That is kind of tragic, because Candace’s entire role is basically to try and bust her brothers, fail, and look crazy in front of her mom. Her life is defined by failure, at least during the summer covered in the show.

By the time the end of the show came around, I had grown quite fond of it, which gave me the requisite somber feelings when I got to the final episode. The penultimate episode, one that takes a glimpse into the future, really tugged at my heartstrings. The last episode wasn’t as much of a heartstring tugger, but knowing that everything was coming to a close was impactful nonetheless. The finale is also really good, and well-deserving of being an hour-long outing.

I first put Phineas and Ferb on because I needed something to watch and I didn’t have anything else on Netflix that was really grabbing my attention. I’m glad I did, because it became a wonderful viewing experience. It was funnier, more clever, and at times more emotionally resonant than I anticipated. If you are looking for something to watch this summer, Phineas and Ferb comes highly recommended. It’s the perfect summer show in many ways.