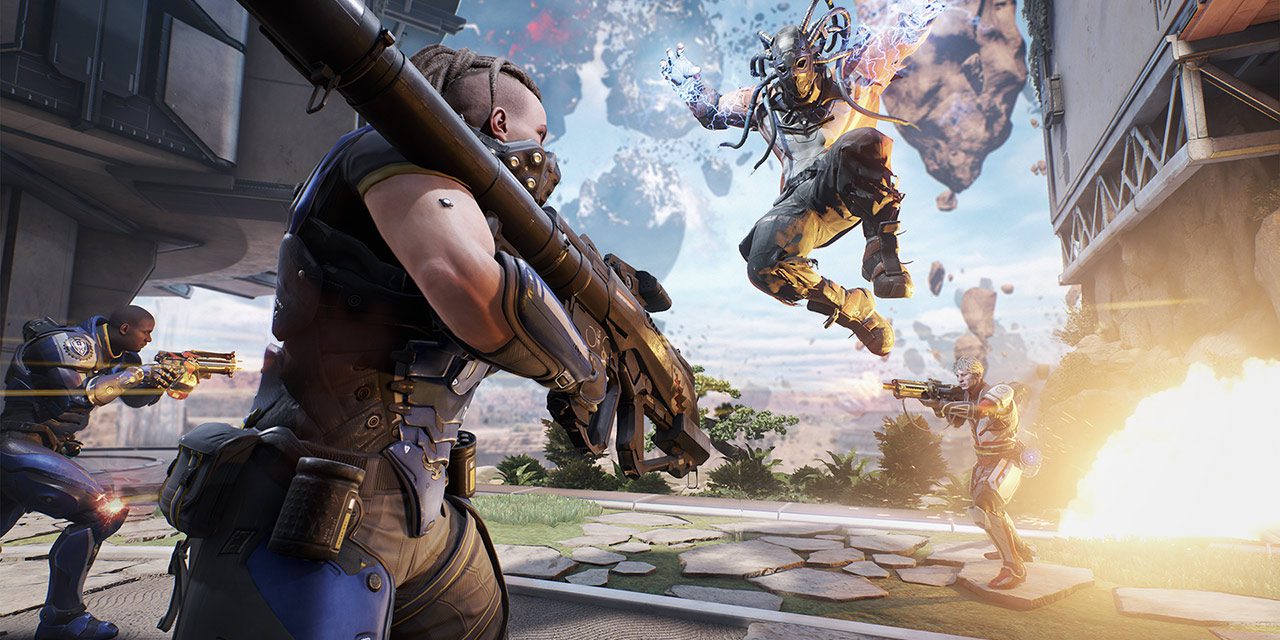 Are you looking for some new PS4 games to play this summer? We’ve compiled a list of 10 games coming out over the next few months.

Discover items to make your hero just like you. Explore an island, make friends with the locals, and learn a array of new skills such as fishing, carpentry, and brewing. Learning these new skills will help you solve the mysteries on the island of Gemea in the hopes of finding your way back home. Yonder: The Cloud Catcher Chronicles is coming to PS4 on July 18.

In Fortnite, players lead the world’s remaining Heroes in the fight to save humanity and take back the world. Explore the world and build huge forts, craft exotic weapons, find loot and level up your Heroes. Fornite launches on PS4 on July 21.

Sundered is a hand­-drawn game from the creators of Jotun. You’ll need to resist or embrace Ancient Eldritch powers. The game features epic boss fights, encounters against hordes of enemies, and a mix of hand-crafted levels. The game offers different abilities that may be corrupted. Sundered is coming to PS4 on July 28.

Published by Nexon, players get to experience 360 degree combat in LawBreakers. Choose a role that matches your style and learn new skills, combat abilities, and weapon combos to destroy your enemies. LawBreakers‘ characters have an array of combat abilities such as healing drones, time dilation, teleportation, grappling blades, and more. LawBreakers launches on PS4 on August 8.

Sonic Mania is a new 2D adventure running game with stunning HD retro-style graphics. The game  gives you the ability to play as Sonic, soar as Tails, or power through tough obstacles with Knuckles’ strength. Sonic Mania puts a twist on classic zones while fighting against new bosses. Choose to play in Competition Mode or in Co-Op Mode with a friend.

Tom Brady will be the face of the cover of Madden NFL 18. “The Madden NFL 18 cover is a great honor for me,” said Brady in a news release. “Especially since I have been playing the game since growing up next to EA headquarters in the Bay Area.” Madden NFL 18  is the first game in the franchise built by Frostbite, one of the top game engines, creating an even better experience for NFL fans. Madden NFL 18 launches worldwide on August 25.

Taking you back to the 90’s, Windjammers is a game where you need a combination of skill, and strategy to win. The game offers 5 different game modes: Arcade, Infinite, Local Versus, Online Quick Match, and Ranked Match. Each character has their own unique skill so it will be fun playing in the various environments, like the beach to a stadium filled with tons of fans. Windjammers is coming to PS4 on August 29.

Life is Strange: Before the Storm – Episode 1

The racing game was originally scheduled to launch in 2016, but developer Polyphony Digital said in a post on the PlayStation Blog that the team needed “more time to perfect GT Sport.”  Features in Gran Turismo Sport, include the campaign mode, creative tools, and full reveal on all the cars and tracks you can look forward to on the game’s launch day. Gran Turismo Sport launches on PS4 on October 17.